This is an important topic because a lot of people are unsure why Cap Rates are so low right now. Let’s be honest, Indexed Universal Life policies unfairly and undeservedly have a bad rap. Many people who get a policy no doubt came across all of the negative opinions about IUL. So when Cap Rates drop like this, they may begin to think they made a mistake.

As I’ll explain in this post, Cap Rates are a function of interest rates. Interest rates are down everywhere. And just like the dividend rates on Whole Life policies are dropping, so are the Cap Rates on IUL. Despite the low interest rates and low Cap Rates, Indexed Universal Life still represents the same value that it did before. Keep reading and I’ll break it all down for you.

The goal of this post is to help you understand that since IUL crediting rates are linked to debt market interest rates, Cap Rates will be down when Interest Rates are down. In order to understand this, we need to cover some life insurance basics. We need to understand the relationship between a dividend in the Whole Life world and the Interest-crediting process in the IUL world. I’ll also cover the mechanics of IUL crediting so that you’ll be aware that the goal of an IUL is not to match the market index performance, but to instead simply earn a premium over the debt market rate of return.

What is a Dividend?

A dividend is simply the allocation of the insurance company’s “Divisible Surplus”. That’s a technical term, but really, its just the net returns on the cash value. Insurance companies have reserves which represent the sum of all the cash value across all of the policies. They are required by law to maintain at least a minimum actuarial level of reserves consistent with their liabilities.

The insurance companies invest these assets in debt instruments. Some examples would be US Treasuries, Corporate Bonds, Preferred Stock, etc. At the end of the year, they earn interest on all of these holdings. During the year, the reserves are reduced by expenses, claims, etc. So, to the extent that the reserves exceed the actuarial minimum reserve requirement at the end of the year, the insurance company will credit this “Divisible Surplus” back to the policy owner.[1]

Just understand that despite how complex it sounds, you can really just think of it as the net return on cash value during the year.

So now that you understand that the dividend is essentially just the return on the cash value of a policy, what’s different in an IUL? Well, in an IUL, the insurance company takes the dividend that they would have otherwise credited to the policy and they use it to hedge in the index options markets. The hedgers buy and sell call options on various market indices with the goal of capturing as much movement in the market as they can get, with the money they have to spend. And, as we just saw, its the divisible surplus that determines that budget.

Be aware that all insurance companies, whether they specialize in IUL or in Whole Life, invest their reserves in the same debt assets. Up to the point of interest-crediting, ALL life insurance policies function exactly the same.

As mentioned in the previous paragraph, the insurance company hedgers are buying and selling call options with the goal of capturing as much movement in the market index as they can get with the budget they have to spend. Its the strike price of those options that determine the Cap Rates. Based upon their budget and the prices of call options, the insurance company can commit to a specific cap rate that is offered to policy owners. The Cap Rate and Floor work like this:

The Goal of an IUL

Contrary to what many think, the goal of an IUL is not to match the performance of a stock market index. It is important to understand that the goal of an IUL is simply to earn a premium over the Debt Market return. So while they are introducing some volatility into the interest-crediting relative to a dividend in a whole life, the annualized return should exceed the dividend they would have paid over time.

How Do We Figure Out The “Premium”?

This graph shows the Moody’s Corporate Bond Yield for AAA rated debt. I use this as a proxy for what Life Insurance Companies are earning on any new money they are investing in their Reserves. Some companies could earn a higher return by taking on more risk i.e. lower quality debt and riskier securities, but this is the type of debt that makes up the core of the reserves for most insurnance companies.

As you can see, the yield prior to 2019 hovered around the 4% mark. But after 2019, rates began declining and then dropped precipitously during the pandemic in early 2020. Rates since 2020 have stayed well below 3%.[3] Because the rates have dropped significantly, both dividends on Whole Life policies and Cap Rates have been reduced as well. The Life Insurance companies simply have less money to spend on hedging activities, so they can’t buy as much movement in the market. The caps have dropped as a result.

Even though Expected Rates are down, the “Premium” that Life Insurance Companies are able to capture always tends to remain somewhat constant. Without a doubt, when interest rates in the debt markets drop, so do Cap rates, dividends and the expected returns on IUL. But, relative to the dividend they would have paid, the Premium stays constant relative to the underlying debt market return. This image shows the impact of Cap Rate changes on Annualized Returns.

Before we dive into the tables, let me explain the assumptions first. The assumptions are completely unrealistic because we are holding the cap rate steady and applying it to the changes in the S&P 500 Index over the last 31 years. Its unrealistic because the cap rates would never remain steady for that long. As interest rates have changed over time, so have the Cap Rates.

The table on the left shows what the annualized growth rate on the cash value would have been had the cap rate remained at 8.5% for 31 years. You can see that I’m looking at it over the last 5, 10, 15, 20, 25, and 30 year periods. If you look at those annualized returns, you can see that the remain in the 5% range. Its important to understand that if the Annualized growth rate is ~5.5% when the Moody’s Corporate Bond Yield is 2.5%, then we can infer that the Premium over the debt rate is about 2.5%.

The table on the right side shows the annualized growth rates on the cash value when a Cap Rate of 12% is applied to the same data. Now notice that the annualized growth rates are in the 7 to 8% range. Cap Rates on interest crediting strategies tied to the S&P 500 were at or even above 12% prior to 2019 when the Moody’s Corporate Bond Yield was around 4%. From this we can infer that the premium over the Moody’s was about 3%.

Yes, I realize that’s not “constant”. Don’t take me too literal. Just understand that The Premium should be expected to remain somewhat constant as interest rates change in the future.

Why Its Not So Bad

The reason I don’t think the low Cap Rates are so bad is that Cap Rates aren’t the issue. Interest rates are down everywhere. Bank interest, CDs, Money Market yields, and Bond yields. And, Yes, Whole Life dividend rates are declining as well. It’s so bad that insurance companies lobbied congress to get the “Guaranteed Rate” changed from 4% to 2%. They had to do this because they can’t make 4% on their holding in the current debt markets!

So, relative to everything else, Indexed Universal Life still offers the same value that it did before: the interest crediting rates should be higher than that of a similarly-designed Whole Life.

The goal of an IUL is simply to earn a premium over the debt market rate of return. IUL returns are only linked to the performance of an index. They are not trying to match the performance of the index. Since rates are down everywhere, an IUL still offers the same value proposition that it did before relative.

[1] Note: The reason that a dividend can be received tax free is that it is considered a “return of premium”.

[2] Note that the policy expenses aren’t directly subtracted from the interest credit. Expenses are simply deducted directly from the cash value. 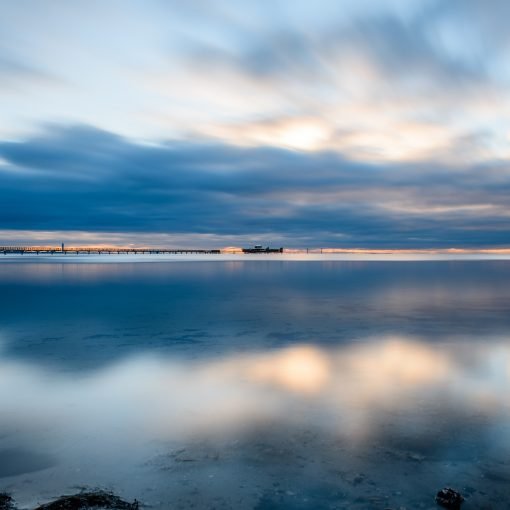 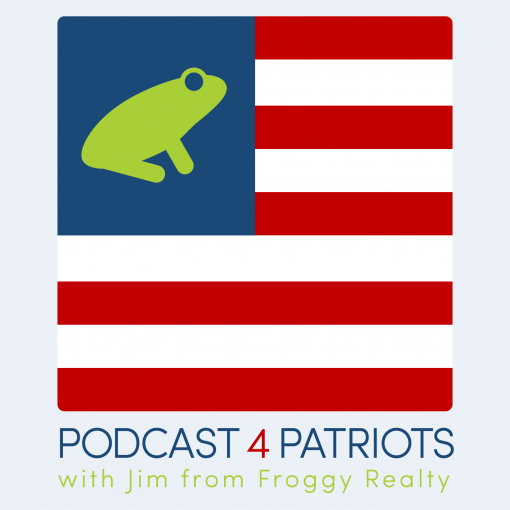 I just had a really fun and great interview as a guest for Jim Froehlich on his Podcast for Patriots show. The […] 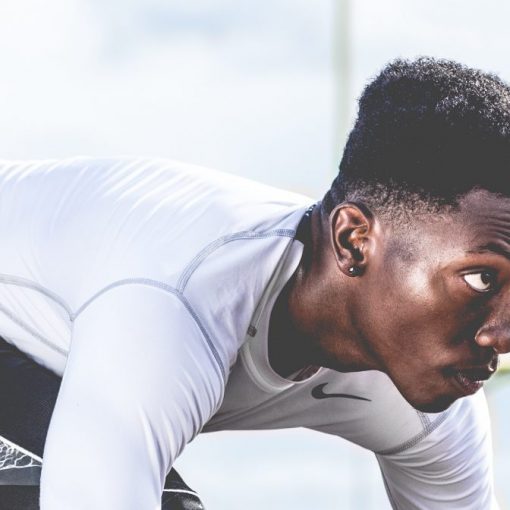 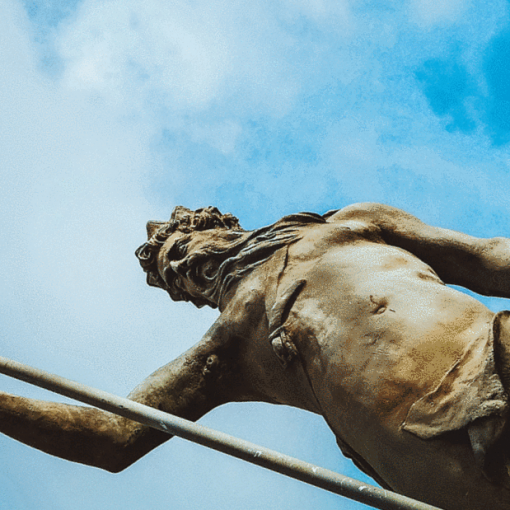 Are These Common Life Insurance Myths Keeping You From Maximizing Retirement Income? Introduction A big part of my business is helping sophisticated […]